Visit us here to learn more about our architectural models and renderings. 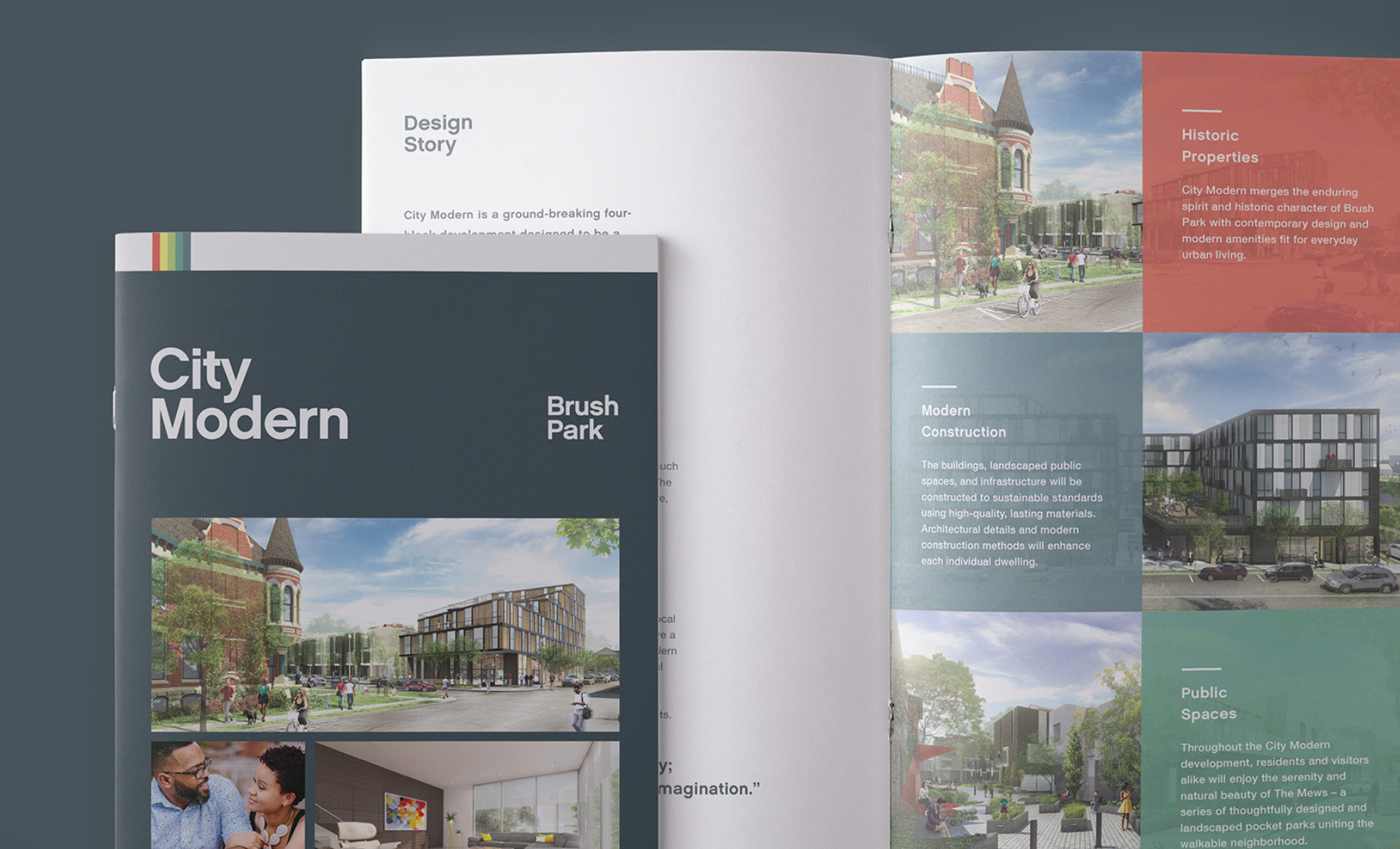 Zoyes Creative worked closely with Bedrock Detroit (the principal developer), the Brush Park community, and each of the project’s five architecture firms to form a brand that would express the singular vision, impact, and sophistication of this ground-breaking development.

Considering the historic and cultural significance of the Brush Park neighborhood, as well as its scale and existing community, it was clear this project would require an especially thoughtful approach. To gain perspective, Zoyes conducted extensive branding discovery and development with stakeholders.

The brand strategy was two-fold: express a new identity capable of both integrating with and showing respect for the existing neighborhood, while celebrating the modern architecture and urban lifestyle that would become a central part of City Modern and Brush Park at large. 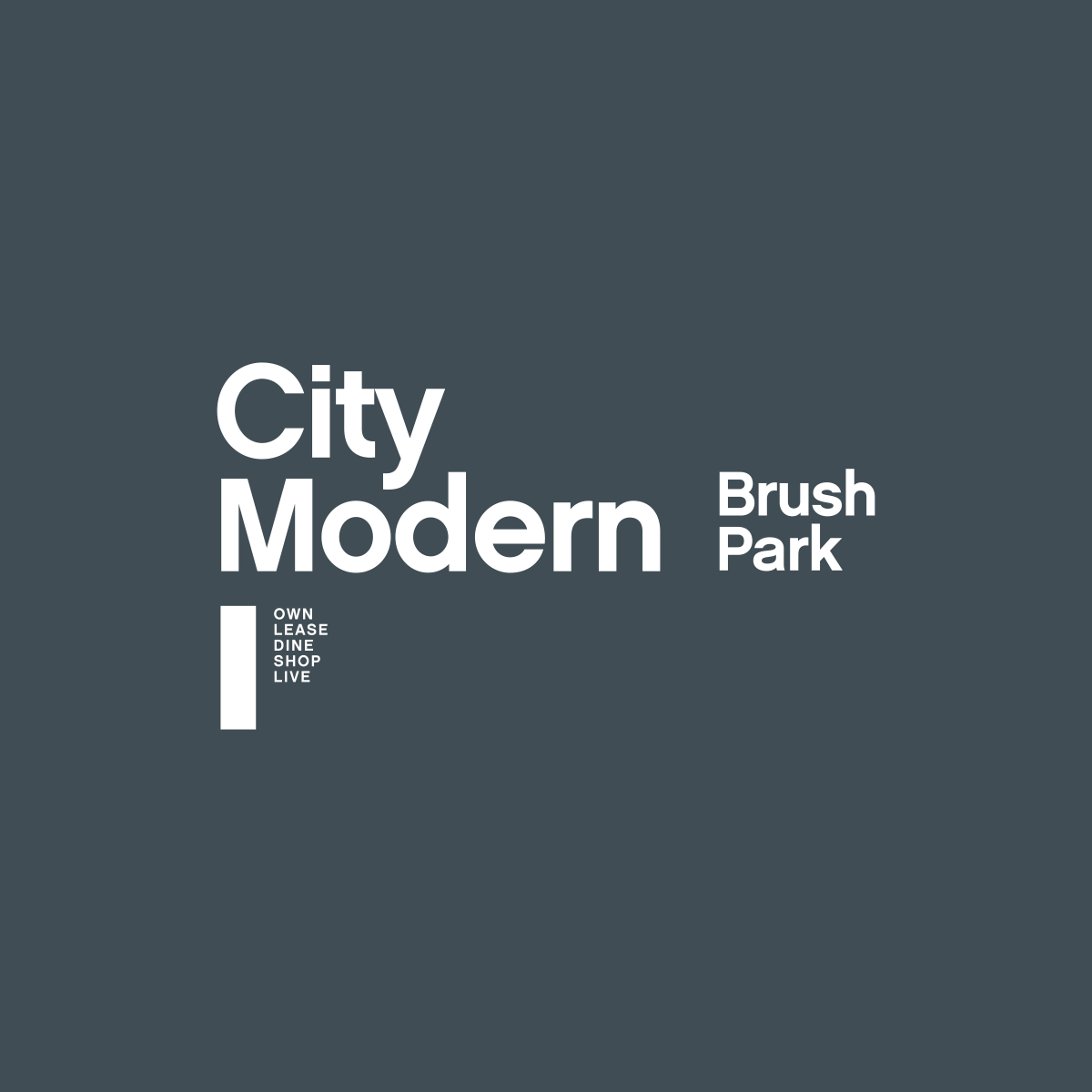 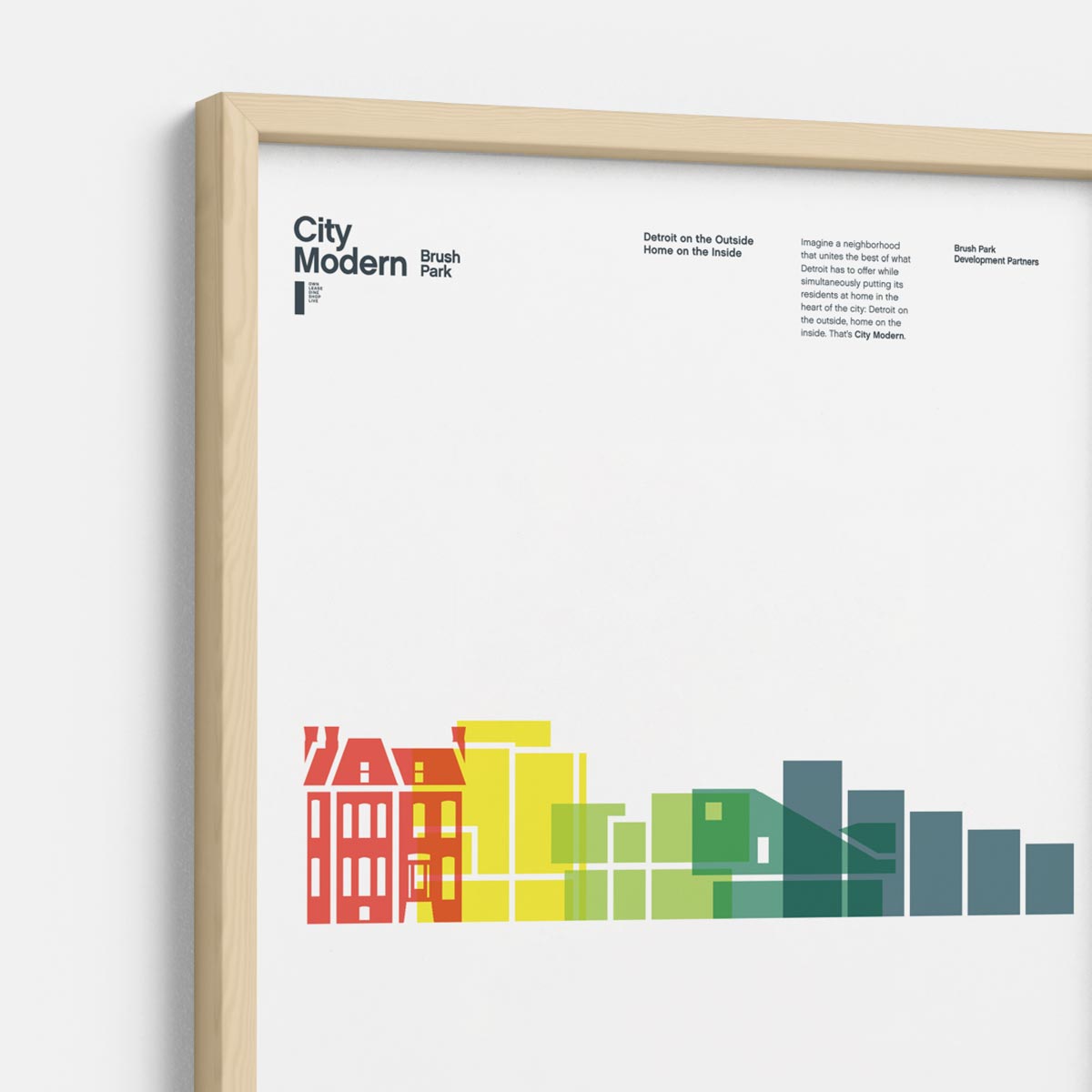 The expansive scale of the development was intently translated to design deliverables. Print and digital sales collateral express the aesthetics, attributes, and innovations of 5 distinctive residential typologies, all while building a positive connection between City Modern and its future residents and Brush Park neighbors. 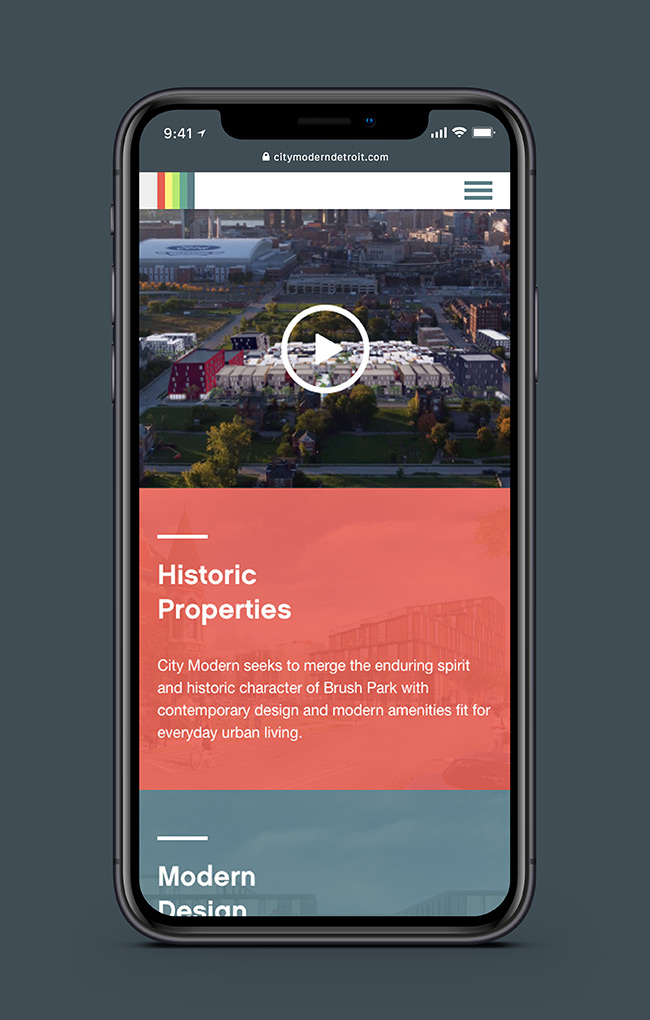 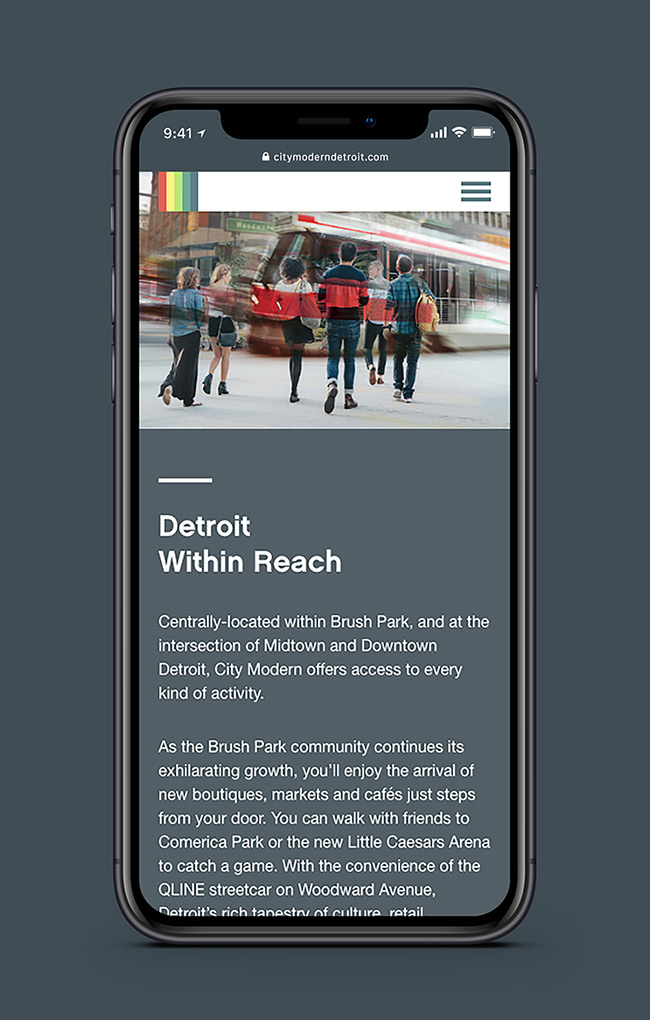 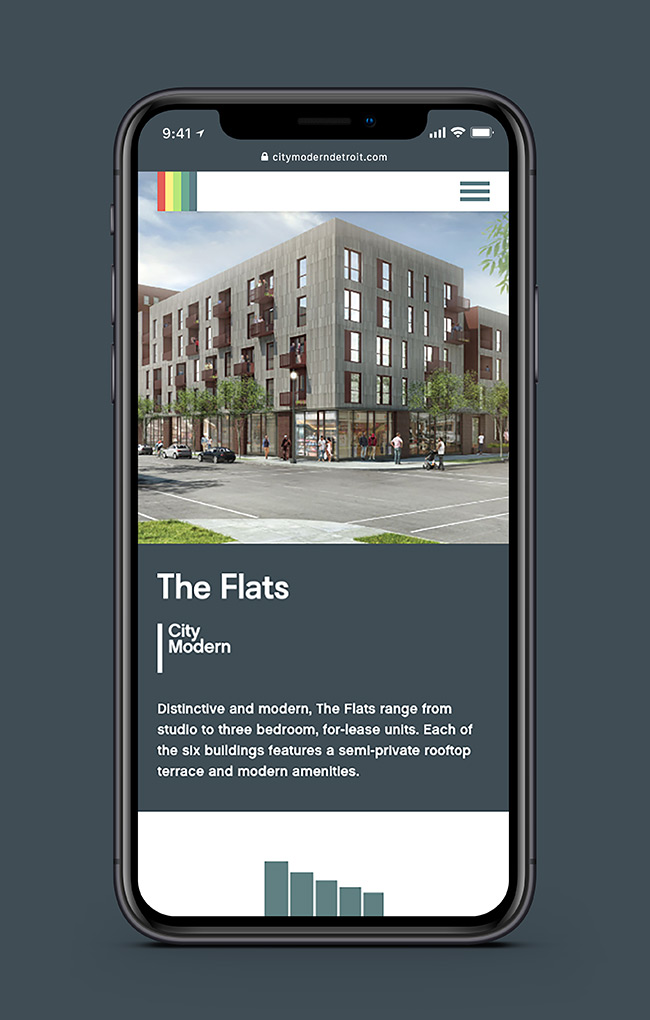 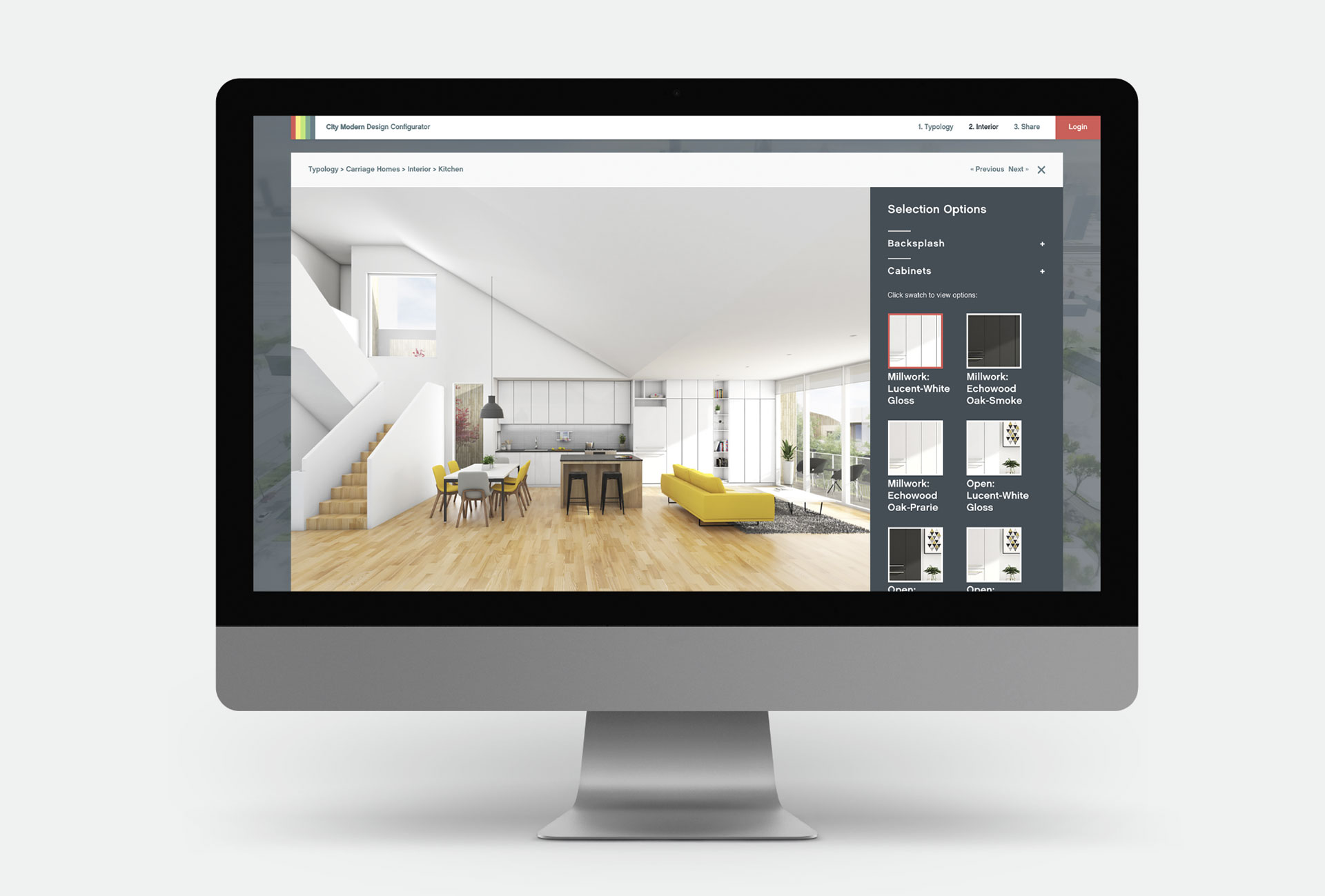 The new and historic building designs celebrate the past, as well as look toward the future.